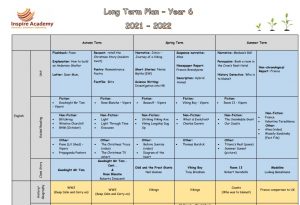 In the Autumn term, the children will be looking at World War Two with a focus around the factors that led to the outbreak and also the period covering the Blitz.

Children will learn all about what the major factors were that led to a second world war; they will learn about evacuees – where they were sent and why; as a year group we will look at Anderson shelters and build our own in Art & Design and towards the end of the topic they will look at the period known as the Blitz: where it took place, why those locations and what did we do to defend ourselves.

During the course of the topic we are looking to step out of the classroom and have an immersive day living and breathing all things World War Two related. This will all be developed and communicated as the term progresses.

If anyone has any artefacts or memorabilia at home or at grandparents, we would love to see it and hear the story behind the items. 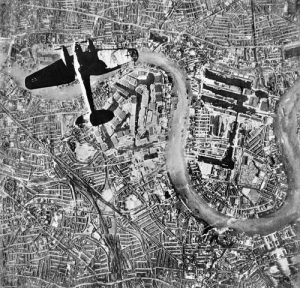 A fantastic children’s novel: London is poised on the brink of World War II. Timid, scrawny Willie Beech – who has a difficult upbringing with his single mother — is evacuated to the English countryside. At first, he is terrified of everything, of the country sounds and sights, even of Mr. Tom, the gruff, kindly old man who has taken him in. But gradually Willie forgets the hate and despair of his past. He learns to love a world he never knew existed.

The Autumn term will also see Year 6: complete their team building camp; parents will have the chance to ‘Meet the Teacher’ (September 14th); we will participate in the cross-country championships; have a parents evening and by the end of the term we will all be ready for some fun, food and relaxation with our families over the Christmas holidays. As you can see it is going to very busy but also a lot of fun!

In the Spring Term, the children develop their knowledge of the Viking invasion and settlement in Britain through a series of practical and informative blocks that have imaginative outcomes.

The children will explore the answers to questions like: where did the Vikings come from? Where did they invade and settle? Why did they leave Scandinavia? How do we know about them? We will work on timelines, maps, completing a quiz, and creative writing exercises. Begin to appreciate why the Vikings were successful and to empathise with the people of Britain who experienced invasion.

We will learn about the beliefs of the Vikings, the god and goddesses, the Viking creation myth, the Norse nine worlds and Tree of Life. The children will find out about their mythology, sagas and legacy through a range of tasks. Finally, we will get to design and make a Viking longship in DT.

Odd and the Frost Giants by Neil Gaiman

Odd, a young Viking boy, is left fatherless following a raid and in his icy, ancient world there is no mercy for an unlucky soul with a crushed foot and no one to protect him. Fleeing to the woods, Odd stumbles upon and releases a trapped bear and then Odd’s destiny begins to change.

An action-packed blend of historical adventure and fantasy for junior readers; a blast of uncensored Viking adventure. Gunnar is the son of a Viking chieftain, living peacefully on his family steading with his mother, father and their people – until they are raided by Skuli and his Wolf Men, who raze his home to the ground and take his father’s life. Gunnar swears an oath to avenge his father’s death and save his mother from Skuli – but first he must run to save himself.

In the Spring Term, we are planning on visiting the Jorvik Centre in York to immerse children in the world of Vikings and to create excitement for our new topic. On the 13th January, we will be holding a ‘SATs Meeting’ for our Year 6 Parents, where we can answer the questions you might have about the End of KS2 Exams. Also, looking forward to celebrating World Book Day on 4th March 2022.