Swimming: Wednesday 4A, Thursday 4B 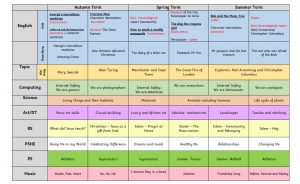 What’s happening in the Autumn term?

In Autumn 1, the children will travel back in time to the Ancient Greece Civilisation. They will learn all about what it was like in the various City-States and research the foods they ate, how they dressed, how they lived and what they did for fun as well as examining the mystery and thrills of Greek Mythology. The children will also get the opportunity to create a Greek style pot from clay.

In Autumn 2, we will study the diverse geography of North America learning about land usage, the population density and the boundaries that exist between regions and nations including its natural and human landmarks.

Who let the Gods out by Maz Evans

When a shooting star crashes to earth, it lands Eliot smack bang in the path of Virgo – a young Zodiac goddess on a mission. But when the pair accidentally release Thanatos, a wicked death daemon imprisoned beneath Stonehenge, they’ve got nowhere to turn for help but to the old
Olympian gods.

The Indian in the Cupboard by Lynne Reid Banks

For Omri, it is a dream come true when the plastic American Indian he locks into an old bathroom cupboard comes to life. Little Bull is everything an Indian brave should be – proud, fearless and defiant.  And the size of Omri’s finger.
But being in charge of a real, live, but tiny, human being is a heavy responsibility, as Omri soon discovers. And when his best friend, Patrick, is let in on the secret, life-changing decisions lie ahead.

What’s happening in the Spring term?

In Spring 2, we will study the Anglo-Saxons who were a group of farmer-warriors who lived in Britain over a thousand years ago. Made up of three tribes who came over from Europe, we will learn from where and why they left their own lands for here and what an indelible mark they left.

A superb fast-paced historical adventure that concludes with the seminal Battle of Hastings. Following Magnus, the son of Harold Godwinson, the author has penned a tale which is historically accurate and envelops the reader into Anglo-Saxon everyday life and the conflict of the claimant kings and the brutal battles that proceeded along the way. A great insight into the Anglo-Saxon period.

Winter of the Wolves by Tony Bradman

This short tale follows a young man as he is made homeless by invaders and his ventures on becoming an invader himself as he is tested in battle and finally finds his calling as a wordsmith, a teller of tales.

What’s happening in the Summer term?

In Summer 1, we will investigate volcanoes and earthquakes.

Using Geography key skills we will learn where they are located and the features of the different types of volcanoes. We will also delve deeper into what causes earthquakes and the devastation they cause.

In Summer 2, we will focus on how World War 2 affected Ashton-under-Lyne exploring what it was like being an evacuee, what measures the town took to keep safe and research local soldiers and the Manchester Regiment based at Ladysmith Barracks.

The Firework-Maker’s Daughter by Philip Pullman

Hilarious, lovable and stubborn, the main character Lila takes us on a perilous expedition through a treacherous jungle meeting a variety of obstacles along the way. Aided by a white elephant and a peasant boy, can the aspiring firework-maker’s journey to visit the fire-fiend at Mount Merapi succeed? Her quest is both educational and inspiring.

Letters from the Lighthouse by Emma Carroll

Evacuated during World War 2 from London to the Devonshire coast, Olive and her younger brother Cliff go to live with a mysterious lighthouse keeper. But the dangers of war have seemingly followed them with perils and jeopardy abound. This book is historical fiction at its best.

At Inspire we believe reading is the heart of our curriculum. 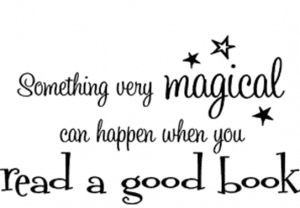 It opens doors, sparks your child’s imagination and stimulates curiosity. It is  therefore crucial your child reads every night and brings in their reading book every day to school.

Children will have the opportunity to change their reading book each week. Books from home and EPIC Reading can also be used as additional opportunities to read.

Every word belongs to a word class, which summarises the ways in which it can be used in grammar. Knowing what words do in a sentence is essential and allows your child to understand texts greater across all subject areas. Children in Y4 should focus on Nouns, Adjectives, Pronouns, Proper Nouns, Verbs, Adverbs, Modal Verbs, Conjunctions, Prepositions and Determiners.

Every facet of life, work, home or leisure, involves maths skills. Be it time, finances, shopping, cooking, driving, DIY or simply watching the TV, maths is a huge part of it. In readiness for Y5, focus on Square and Cubed Numbers, 12/24hour clocks, lapsed time, weight and measure plus money. The more it relates to the ‘real-world’ the better.